Microsoft's New Surface Hub Is Not A Big Deal 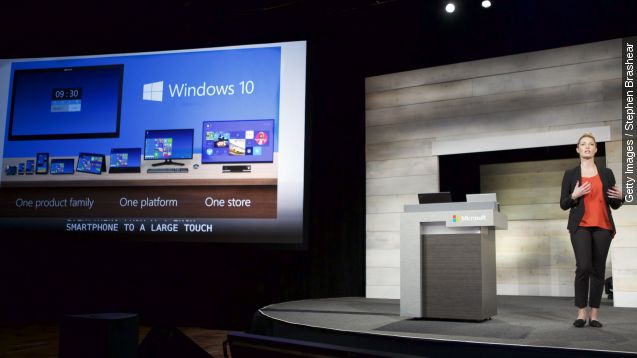 Wednesday, we learned Microsoft's new Surface Hub, essentially an overgrown iPad, is being made in the U.S. in the city of Wilsonville, Oregon. (Video via Microsoft)

Which is interesting because most American technology giants send the production of popular products overseas or just assemble devices in the U.S. — they don't actually make them here. (Video via Fast Company)

Regardless, this shouldn't be big news. But we're treating it like it is.

That might be because Microsoft has been on a roll the past few years, and this is the company’s next big thing.

Microsoft announced the Surface Hub in January. But in a 2006 TED talk, Jeff Han, the general manager for the project, was already working on the device and was really, really excited:

"I really, really think this is gonna change the way we interact with machines from this point on."

Remember the SMART board? In 1986, the idea was born to create a device, "which would combine the simplicity of a whiteboard with the power of a computer." (Video via SMART Technologies)

The difference between the two devices is that the SMART board required a projector and the Surface Hub does not. It's more like an oversized iPad.

On top of that, the SMART board's top clients tended to be educators, so the boards were replacing overhead projectors. In Surface Hub’s case, Microsoft appears to be targeting business types.

"The new SMART board 6065 harnesses our unparalleled experience in education to create an interactive flat-panel unmatched in its innovation."

So, not only is Microsoft’s next big thing not a new idea, but there was already another company making the same exact thing before Microsoft even announced the Surface Hub.

Of course there’s nothing wrong with companies making similar devices; that’s already been going on for a while.

This last big marketing push for Microsoft’s Surface Hub has been impressive, but the device isn't available yet. The product's release is set for July 1. So soon we'll see if the company's next big thing really is a big deal or just a really big dud.

This video includes music by Kevin MacLeod / CC BY 3.0.