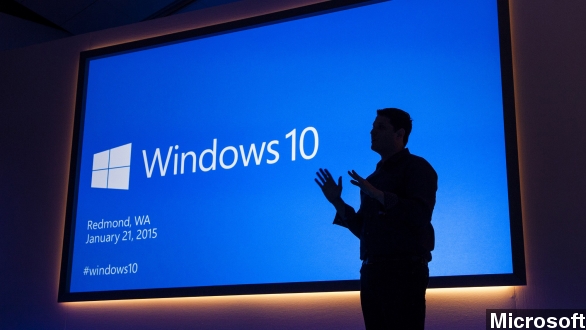 The company seems to be playing it safe with a vague launch date. Microsoft says Windows 10 is coming sometime "this summer." Consumer technology companies typically give vague dates like this to grow anticipation and excitement for their products, while insulating themselves from consumer disappointment.

See, as long as Windows comes during the summer, Microsoft hasn't let anyone down. That's anywhere between June 21 and Sept. 23 if we're going by the summer solstice and fall equinox.

Now, you might remember the last time Windows 10 made this many headlines, it was because we all thought Microsoft couldn't count.

The company's current operating system is called Windows 8, so Windows 9 was logically — and numerically — regarded as the next step. But Windows wanted to distance itself from the not-so-popular Windows 8, so carry the one, subtract the three, and voilà! Windows 10!

The updated operating system is set to launch in 190 countries and 111 languages, and brings with it a whole host of improvements over Windows 8. Notably, Windows 10 offers an all-new web browser with built-in annotation features (sayonara, Internet Explorer), and Microsoft's voice-activated assistant, Cortana.

You can check out all the new features on Microsoft's Windows 10 site.

This video includes images from Microsoft and Getty Images and music from Profi 70s by Pierlo / CC BY 3.0.