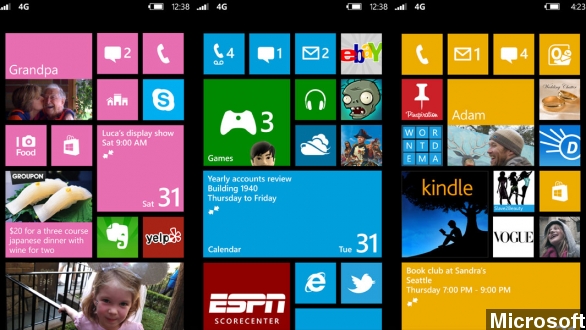 SMS
Microsoft Brings Windows Phone Apps To iOS, Android
By Mikah Sargent
By Mikah Sargent
December 12, 2014
As it promised back in September, Microsoft has rolled out its suite of MSN apps to Android and iOS.
SHOW TRANSCRIPT

If you're an iOS or Android user wondering what you might be missing on Windows Phone, wonder no more.

Microsoft has launched versions of its Bing-powered MSN apps for the major smartphone platforms. (Video via Microsoft)

And while the apps mostly link to articles and other content related to each category, some include a few unique features.

Health & Fitness will track your steps, your diet and your exercise regimen and even includes an interactive symptom checker.
Food & Drink will help you keep track of recipes and can populate an in-app shopping list for the ingredients you'll need for any given recipe.
And Money has a toolkit for all kinds of currency calculations: converters, estimators and planners.

Of course, as a writer for ZDNet reminds us, this really shouldn't come as much of a surprise. Back in September the company promised it would be bringing MSN apps to Android and iOS.

Though a writer for The Next Web suggests it's also a marketing ploy of sorts.

"The company is still struggling to find the sort of mobile momentum with Windows Phone that Android and iOS have achieved, so making the apps available on rival platforms to get users familiar with the services makes sense."

Marketing ploy or not, you can check out Microsoft's apps in Apple's App Store or on Google Play.