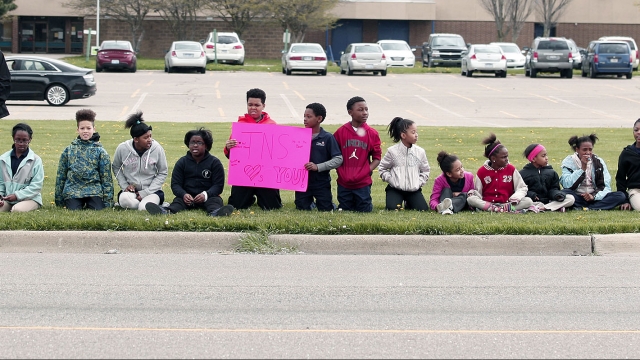 Kids in Flint aren't the only ones in Michigan with higher levels of lead in their blood. A report by the Michigan Department of Health and Human Services found an increase in lead in kids 6 years and younger in Detroit and Grand Rapids — along with Flint — from April through June.

At this point, there's no answer as to why. But the state's health department says potential reasons could be a change in testing patterns and an increase in awareness by parents and doctors.

Michigan's chief medical executive attributed the awareness factor to Flint, saying, "I think parents are now much more educated about lead. You don't want crises to make people more aware, but this does have the silver lining of making people more aware."

SEE MORE: Beyond Flint: This Town Is A Test Case For Water As A Human Right

That state says the uptick was expected, especially because exposure to lead is going to be higher when it's hot outside. Kids playing outside come into contact with more lead-painted porches and windows and soil with lead in it.

But no matter where or how they get it, higher levels of lead in kids can lead to brain damage, kidney damage and slower development both mentally and physically.

Lead contamination is at the top of mind for people in Michigan thanks to Flint's water and health emergencies. The city has a long way to go, but just last week the federal state of emergency ended after researchers said the water quality had improved.

The state says it's taking the uptick seriously and is working with local health departments to identify affected kids and provide services.