Is Literacy A Constitutional Right? 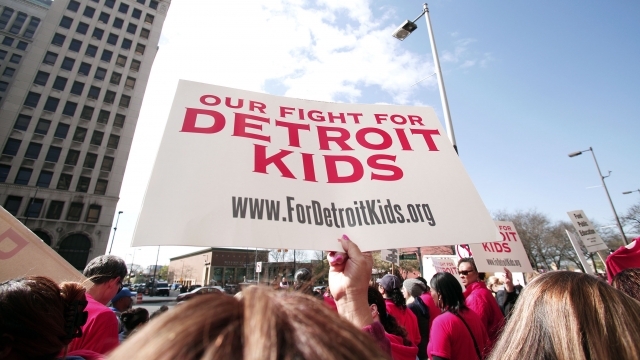 Back in September, a group of Detroit schoolchildren sued Michigan education officials and Gov. Rick Snyder, claiming they were being denied their right to literacy.

Now attorneys for the state are asking the court to drop the lawsuit, claiming the students have no such fundamental right.

A California public counsel law firm is representing the kids. The full complaint accuses the state of Michigan of "systemic, persistent and deliberate failure to deliver instruction and tools essential for access to literacy in Plaintiffs’ schools." It says the state is depriving students — the majority of which are low-income students of color — of "a fighting chance."

The students and their attorneys cite the 14th Amendment and the Supreme Court case Brown v. Board of Education as evidence that literacy should be a constitutional right.

But an assistant attorney general for Michigan claims the students' complaints go beyond basic access to education and says the state  hasn't been in control of Detroit's school since 1999.

The schools have been under a state-appointed financial manager since 2009.

In January, teachers districtwide called in sick to work to protest the awful conditions present in some schools.

Certain schools in the district are so bad that teachers worry the schools are making them, and their students, sick.

Around the same time as the protest, Detroit's schools were facing a debt crisis — a debt that would fall on the state's shoulders if the city had to file for bankruptcy.

The lawsuit calls on the state to monitor and fix those conditions in order to give students greater access to learning.