Michigan Turns To Supreme Court To Restore Its Straight-Ticket Ban 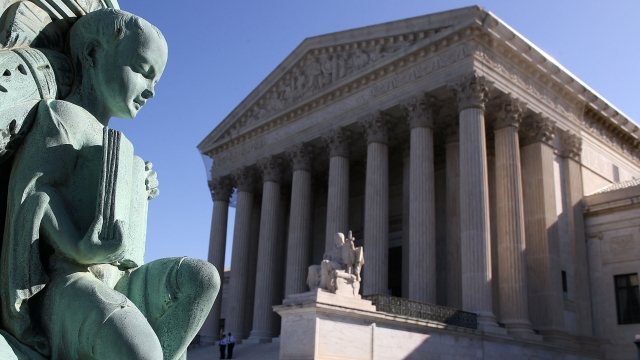 Three separate rulings have determined the state basically has to provide a straight-ticket option — at least for the November election or until a federal appeals court can decide on the merits of the case.

Michigan's state legislature passed a law last December to get rid of straight-ticket voting, but it was struck down in July. The judge deemed the ban unconstitutional because it could create longer wait times at polling stations, which would then disenfranchise black voters.

The state disagrees, calling it a neutral law that "is not a burden on voting — it is the very act of voting," adding, "Michigan has joined 40 other states by requiring voters to actually vote for each candidate they intend to support."

The interesting thing is the state has tried to ban straight-ticket voting at least once before. But voters signed petitions, got it on the ballot and then repealed the ban. A ballot referendum isn't possible this time around because of an appropriation attached to the bill that makes it immune to referendum.

Beyond causing those long wait times, a straight-ticket voting ban probably won't have a huge effect on who people vote for. The country's political polarization and the decline of split-ticket voting have made it much more likely voters stick to one party on their ballot no matter what.

And Michigan doesn't have long to get the ban back in place. The deadline to finalize its ballot is September 9.