Michelle Obama Isn't Interested In Being The Next Hillary Clinton Yet 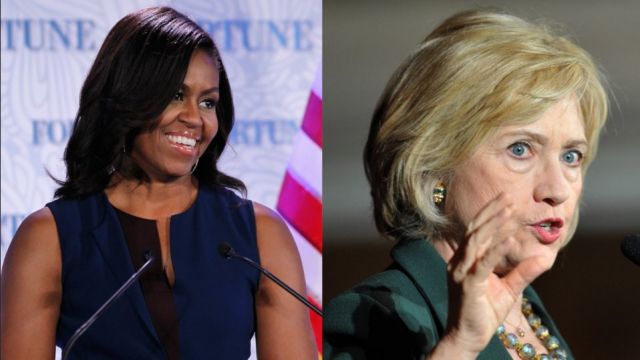 It's a Super Bowl tradition for the current president to sit down for an interview before the big game.

But it's not every year the first lady joins him — months ahead of a presidential election, no less.

As CBS' Gayle King found out, Michelle Obama doesn't seem too interested in making her own presidential run any time soon. (Video via The White House)

King, referring to former first lady Hillary Clinton's current run for president, asked if Mrs. Obama had any thought about something similar.

"Does that give you any ideas, Mrs. Obama?" King asked.

"For what? What you talking about, Gayle?" the first lady joked.

"She's going to want to travel and roam around the world in ways we can't do when we're traveling in official capacities," President Obama said.

It wasn't exactly a yes or no. It appears both Mr. and Mrs. Obama would rather take some time off after leaving the White House.