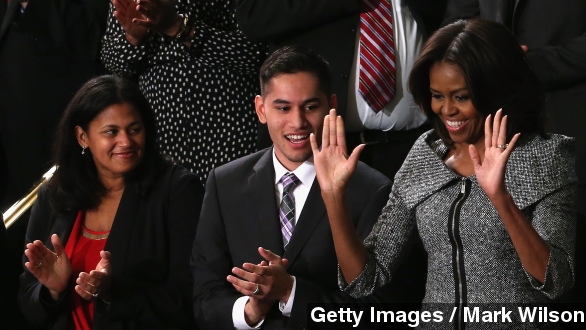 President Obama's State of the Union brought up a lot of issues, but who thought fashion would be one?

No, we aren't talking about Obama's famous tan suit, despite a fake-out from the White House's Twitter feed.

Michelle wore what appears to be a Michael Kors dress to the event, showing she shares a fashion sense with the main character of CBS's "The Good Wife."

Of course, it's not a surprising choice. The first lady has worn the designer's dresses before, like at an arts education talent show last May.