Michele Bachmann Says 'This Is The Last Election' 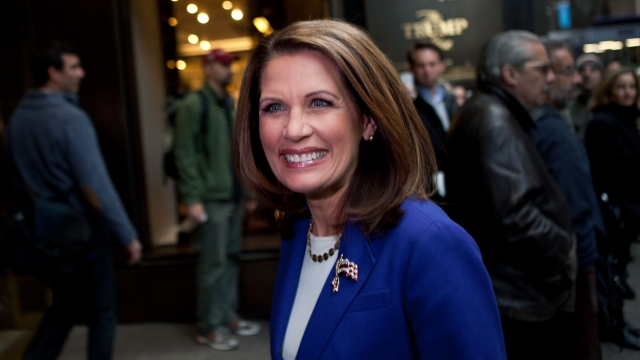 "Well, I don't want to be melodramatic, but I do want to be truthful," Bachmann told CBN's David Brody.

"I believe without a shadow of a doubt this is the last election," Bachmann said.

But what does she mean by "the last election"?

She said if Hillary Clinton is elected, she'll let people into the country who will change the demographics of states like Florida and Texas and make it impossible for Republicans to win there. Bachmann said, "If we can't win Florida or Texas, it's game over."

"This is the last election when we even have a chance to vote for somebody who will stand up for godly moral principles," Bachmann explained.

And her message to "Never Trump" Republicans and others who are hesitant to vote for Donald Trump because he can be "a little crude"? "Get over it."

Bachmann said Trump will ensure religious freedom. And it's no wonder she's reaching out to voters who — like her — are evangelical Christians.

While evangelicals overwhelmingly vote Republican, a recent poll indicates Trump has lost some traction there. However, he still wins that vote by a wide margin.

The Republican candidate himself realizes the importance of Christian voters for a successful White House bid. He formed an evangelical executive advisory board and appealed to evangelicals during his Republican National Convention speech.

"Our laws prevent you from speaking your minds from your own pulpits," Trump said in his RNC speech. "... I am going to work very hard to repeal that language and to protect free speech for all Americans."