Michael Moore Speaks Out After 'Snipers Were Cowards' Tweet 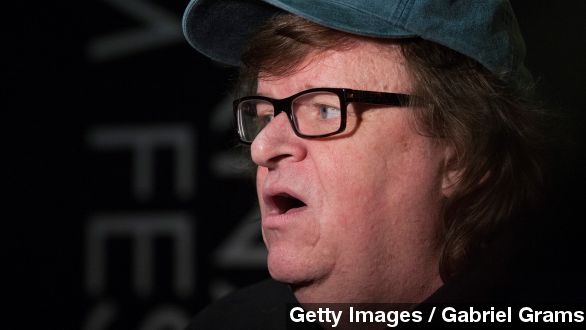 On the heels of "American Sniper"'s record-breaking box-office weekend, the always controversial director and filmmaker Michael Moore tweeted some of his thoughts on military snipers.

On Sunday, Moore tweeted: "My uncle killed by sniper in WW2. We were taught snipers were cowards. Will shoot u in the back. Snipers aren't heroes. And invaders r worse."

"Are there any kills you regret?" Time editor Belinda Luscombe asked sniper Chris Kyle in a 2012 interview.

"American Sniper" tells the story of Chris Kyle, the U.S. Navy Seal who is credited with more than 160 confirmed kills, making him the deadliest sniper in U.S. military history.

While the legacy of the man behind the movie has always been the subject of debate, the success of the film is concrete.

"American Sniper" was nominated for six Academy Awards, including best picture and best actor. The film also brought in more than $90 million during MLK weekend, making it one of the most profitable R-rated films of all time.

After Moore's tweets began to gain traction online Moore responded to the the criticism with a Facebook post, explaining his tweet further and criticizing media outlets like Deadline Hollywood and The Hollywood Reporter for mischaracterizing what he said.

"I didn't say a word about 'American Sniper' in my tweets. … If they wanted to know my opinion of 'American Sniper' (and I have one), why not ask me? Awesome performance from Bradley Cooper. One of the best of the year."

Moore followed that up with this tweet saying: "Sorry to have to state the obvious again: Invading a country that hasn't attacked you is illegal & immoral. History will judge us harshly."

Chris Kyle, whose life is chronicled in the film, died in 2013. He was shot at a Texas gun range. The man accused of shooting Kyle is a former Marine who reportedly suffered from PTSD. (Video via NBC)