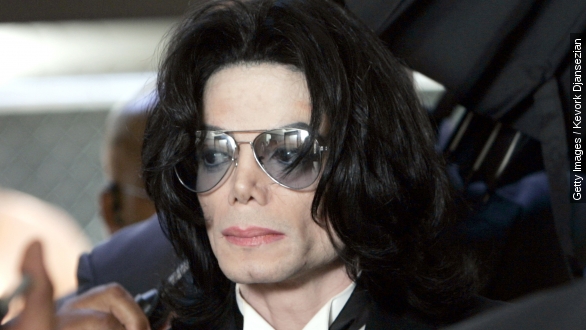 The claims were brought by two men who say they were abused by Jackson as children. They're suing his estate for punitive damages.

According to the New York Post, "Lawyers say (Jackson) shelled out nearly $200 million to as many as 20 victims" over the years.

Both cases were filed over a year after Jackson's death, missing the statutory deadline. At a hearing set to begin Tuesday, a Los Angeles court judge is expected to decide whether the cases can proceed.

Because these are civil claims, the plaintiffs would be able to use evidence excluded from previous criminal proceedings. (Video via ITN)

If the judge allows the cases to proceed, lawyers will be able to detail to a jury how much Jackson allegedly paid and to whom. They will also be able to include a taped deposition where Jackson reportedly denies claims he abused children before slurring his words and falling asleep. (Video via Sony Music Entertainment / Michael Jackson)

One of the men suing Jackson's estate, James Safechuck, says he was abused more than 100 times by the pop star, beginning when he was 8 years old. The suit also claims that Jackson wrote a $1 million check to Safechuck's father.

Correction: An earlier version of this video said the judge's decision is expected Thursday. This video has been updated.