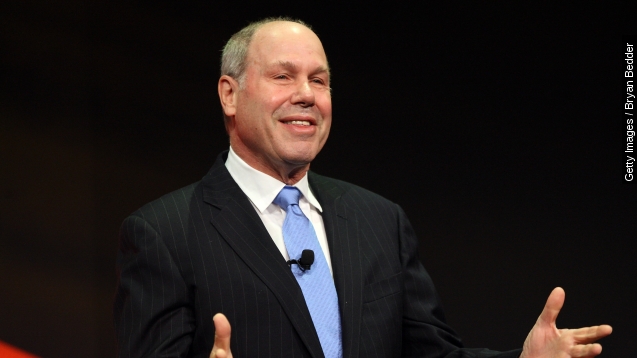 Former Disney CEO Michael Eisner isn't known for headline-making gaffes, but he might want to take this one back.

During a conversation with Goldie Hawn at the Aspen Ideas Festival, the former Disney chief shared his opinion about successful women in Hollywood.

"From my position, the hardest artist to find is a beautiful, funny woman," he told Hawn.

He continued, acknowledging the negative press he would likely receive from his next comment, saying, "Boy am I going to get in trouble, I know this goes online – but usually, unbelievably beautiful women, you being an exception, are not funny."

His comments echo a 2007 Vanity Fair article by writer Christopher Hitchens. Hitchens made the argument that women are not funny because "women have no corresponding need to appeal to men this way." Hitchens continued, "They already appeal to men, if you catch my drift."

And back to Eisner. Along with his generalization that most female artists aren't funny, he went on to say they virtually don't exist.

But we're thinking the all-female cast for the "Ghostbusters" reboot might have something to say about that.

This video includes image from Getty Images and Brenticus / CC BY 3.0.