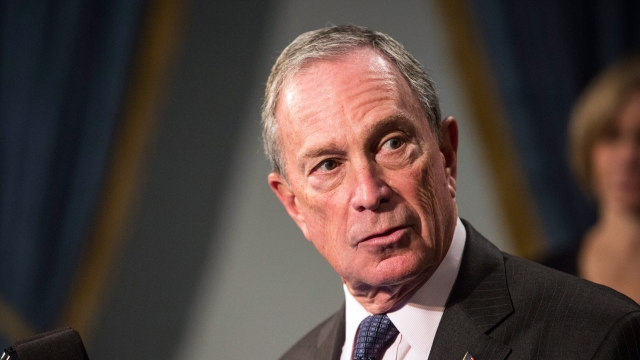 Former New York City Mayor Michael Bloomberg could be inching closer to adding his name to the list of people running for president.

Bloomberg told The Financial Times he is considering declaring his candidacy, saying, "I find the level of discourse and discussion distressingly banal and an outrage and an insult to the voters."

Last year, the billionaire media mogul reportedly commissioned a study to see how he would fare against Hillary Clinton or Donald Trump, according to The New York Times. (Video via Bloomberg)

Bloomberg added that if he were to run, he would need to announce his decision by early March.