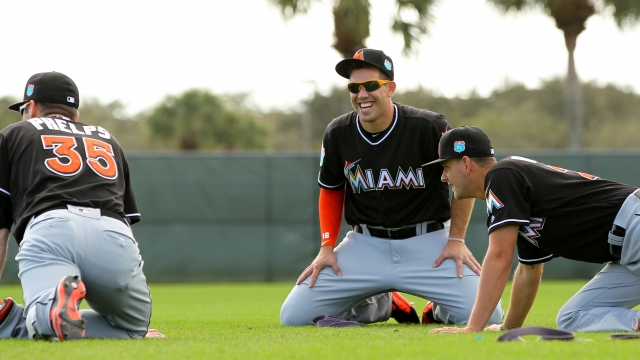 SMS
Miami Marlins' New Manager Outlaws Facial Hair On His Players
By Matt Moreno
By Matt Moreno
February 23, 2016
Don Mattingly, famous for his epic mustache during his major league career in the '80s and '90s, told his Marlins players not to grow facial hair.
SHOW TRANSCRIPT

He went from having one of the most recognizable mustaches in the game to outlawing facial hair teamwide.

Don Mattingly, the new manager for the Miami Marlins, has reportedly banned players from having facial hair this year in a newly instituted policy.

Mattingly didn't ban facial hair when he was manager of the Dodgers.

But grooming policies aren't completely unheard of for MLB clubs.

Red Sox outfielder and part-time caveman Johnny Damon went from looking like this in 2005 to this months later after signing with the historically strict New York Yankees in the offseason.

"Remember back in 1991 (the old folks do) when Don Mattingly refused to cut his hair? He was benched for that. Good thing he never played for anyone who banned facial hair," an ESPN anchor jokes.

Oh, how the tables have turned.

This video includes clips from Fox Sports and Procter and Gamble and images from Getty Images, jimmyack205 / CC BY 2.0 and RickDikeman.