Reunion Island Has A Lot Of Debris, Not All Is From Planes 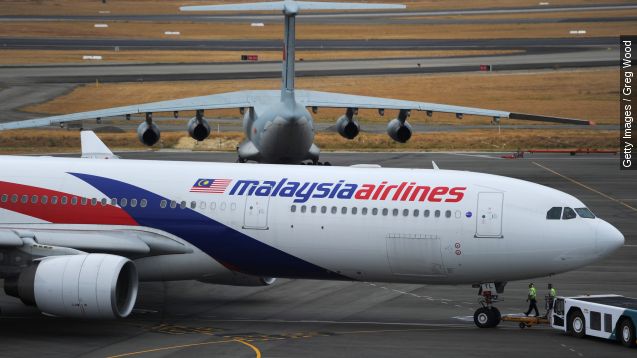 Officials on an Indian Ocean island are trying to figure out if another piece of wreckage that washed ashore belongs to Malaysia Airlines Flight 370. (Video via Linfo.Re)

On Sunday, a piece of metal with a handle on it was found on Reunion Island. According to Sky News, "It had Chinese and Malaysian writing on it and was thought to be from the inside of an aircraft."

But reports the debris came from a plane haven't been confirmed, and Malaysian officials have cast doubt on the object's origin, according to the BBC.

"As you can imagine, as the days go past, there's more and more interest in people combing this area trying to find something that may give further clues to what happened to that plane," Karen Allen reported for the BBC.

And NBC points out some debris could have taken a different path in the currents.

"And finding anything relevant amid all this junk will be hard," Bill Neely reported for NBC.

This comes less than a week after a piece of a wing was found on the French territory east of Madagascar.

And a reporter for local news outlet Linfo.Re tweeted about a suitcase found Thursday morning close to the area where the possible wingtip washed up.

Malaysian authorities have confirmed the wing part was from a Boeing 777 aircraft — the same model of plane that disappeared.

While the finds are promising, investigators are being cautious, stressing there's more work to do to be sure the wreckage is from MH370. (Video via Boeing)

There's the matter of figuring out where the debris came from: Reunion Island is thousands of miles from any suspected crash sites.

And even if these parts are from MH370, that alone probably won't tell us why the plane actually went down.

But, Malaysia's prime minster said the location where the wing part was found is "consistent with the drift analysis provided to the Malaysian investigation team."

A lab in France is analyzing the debris.

Flight MH370 disappeared in March 2014, flying from Kuala Lumpur to Beijing: 239 people were on board.