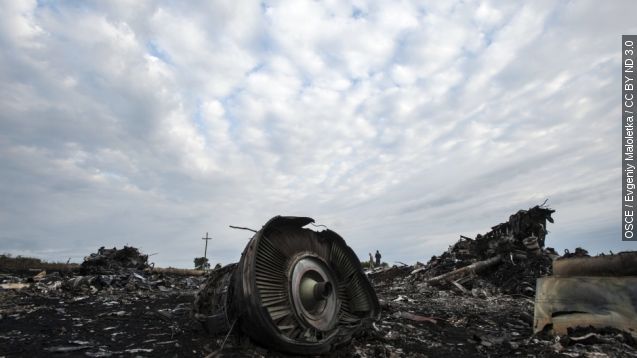 Dutch investigators have found possible fragments of a Russian-made missile system at the crash site of MH17 in eastern Ukraine.

For the moment, there's no telling whether the parts have anything to do with the MH17 crash in 2014, which killed everyone on board.

It's widely suspected the plane was brought down by an anti-aircraft system, and a preliminary report released by the Dutch Safety Board in September of last year said MH17 was struck down by "high energy objects."

This video includes an image from OSCE / Evgeniy Maloletka / CC BY ND 3.0 and images from Getty Images.