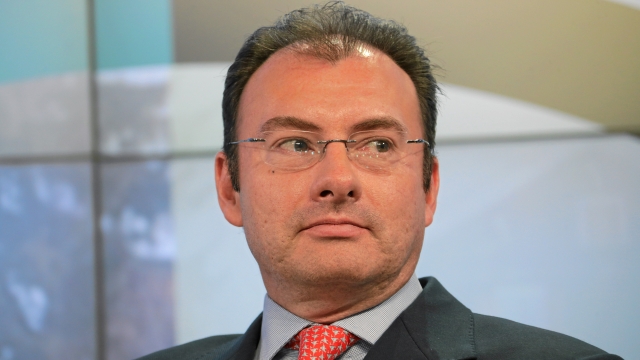 Luis Videgaray has been a close confidant of Mexican President Enrique Peña Nieto and was a possible contender for the ruling party's presidential nomination in 2018. The Washington Post reports Videgaray was hoping the outcome of Trump's visit would help calm financial markets in the country.

That didn't happen — Trump's presidential and diplomatic approach disintegrated after he returned to U.S. soil, and Peña Nieto was roundly criticized for failing to call Trump out on his inflammatory rhetoric toward the country to his face.

Peña Nieto didn't offer a reason for Videgaray's resignation, but one analyst told The New York Times this would "help mitigate the anger." José Antonio Meade, the finance minister of former Mexican President Felipe Calderón, will be replacing Videgaray.

As for Trump, he appears to be proud of the shakeup.

Trump told Matt Lauer: "The people that arranged the trip in Mexico have been forced out of government. That's how well we did."