People Aren't Too Happy About This Mexican Restaurant's Yuge Billboard 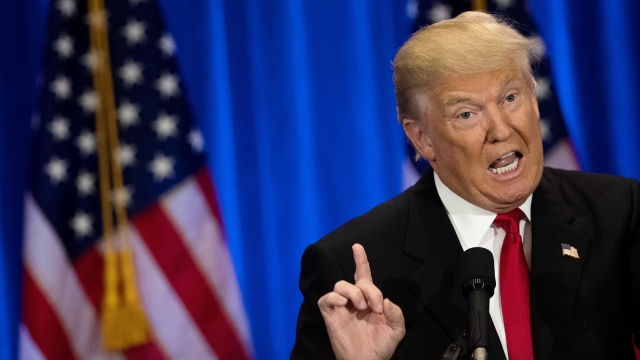 A Mexican restaurant in Indiana has stirred up some YUGE controversy with its latest advertisement.

Hacienda Mexican Restaurants recently put this billboard up all around the South Bend area. The signs read, "The best Mexican food this side of the wall."

"I will build a great, great wall on our southern border, and I will have Mexico pay for that wall — mark my words," Donald Trump said during his presidential announcement.

Hacienda hasn't been shy about using edgy humor to get customers' attention in the past.

The restaurant chain has had to pull several ads, including one that referenced cult leader Jim Jones and the mass suicide at Jonestown. It featured a margarita along with the phrase, "We're like a cult with better Kool-Aid. To die for!"

But the chain's executive vice president says they never mean any harm by it, and this new billboard is no different.

"We don't intend to upset anybody. But we do use humor, and when you use humor, there's going to be some groups who are going to be particularly sensitive to certain things," Jeff Leslie told WSJV.

Still, a lot of people aren't too happy about this newest ad, including the executive director of La Casa de Amistad, a Hispanic youth and community center in South Bend.

"There's a difference between funny and being offensive. I think that they really need to think about how can you just be a little more fun without having to be degrading or demeaning," Sam Centellas told WSBT.

Hacienda hasn't said whether it plans to take down the billboard.