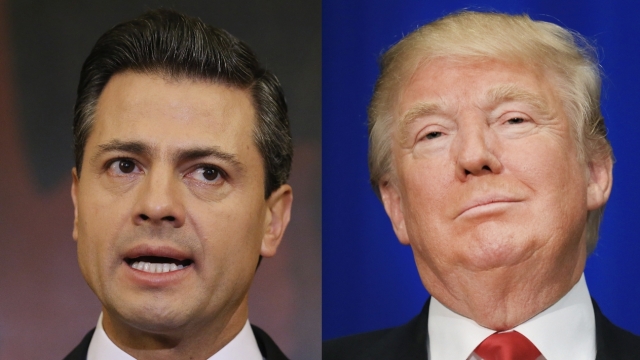 This is a big deal because Peña Nieto's administration has mostly been silent in the eight months since Donald Trump first said this:

"When Mexico sends its people, they're not sending their best."

Last week, the Mexican administration's silence started to crack. The secretary of the treasury said "under no circumstances" would Mexico pay a single peso to build Trump's wall.

And you probably heard what a former Mexican president told Fusion's Jorge Ramos about Trump:

"I'm not gonna pay for that f****** wall. He should pay for it. He's got the money," said former Mexican President Vicente Fox.

But as far as official lines from Mexico's current president, this is the first one.