Mexican Mayor Shot Dead The Day After She Was Sworn In 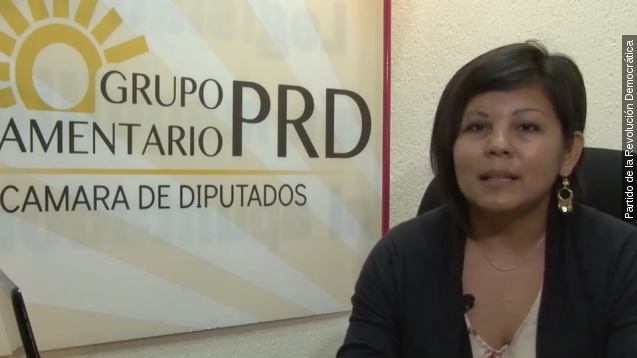 A Mexican mayor who promised to rid her town of organized crime was shot dead less than a day after taking office. (Video via Partido de la Revolución Democrática)

Gisela Mota was sworn in as the mayor of Temixco in the state of Morelos on New Year's Day. Local authorities said she was gunned down at her home the next morning. Law enforcement pursued the suspects, killing two and arresting three more.

Mexican newspaper Reforma said one of the assailants admitted he was paid 500,000 pesos, or close to $30,000, for the assassination.

Local officials said weapons, ammunition, bullet-proof vests and ski masks were recovered from the car after a shootout with law enforcement. (Video via Diario De Morelos)

Mota, a former congresswoman for the leftist Democratic Revolutionary party, said she would "combat organized crime frontally and directly," but met a fate that many who oppose the cartels suffer. (Video via Univision)

The Association of Local Mexican Authorities said more than 1,000 Mexican public servants have been killed in the past decade, mostly by organized crime.

Graco Ramirez, governor of Morelos, announced three official days of mourning for Mota and promised the assassins would receive justice.