Mercury's Magnetic Field Is Way Older Than We Thought 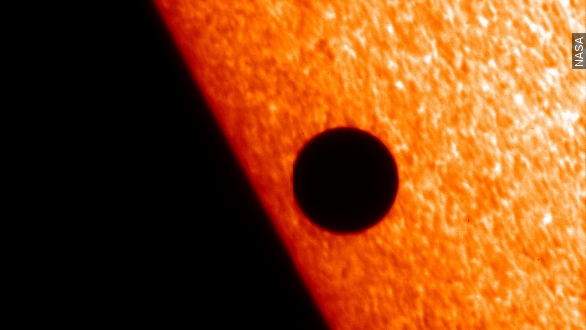 SMS
Mercury's Magnetic Field Is Way Older Than We Thought
By Evan Thomas
By Evan Thomas
May 10, 2015
Before NASA's MESSENGER probe crashed into Mercury, readings indicated the planet's magnetic field could be some 400 million years older than Earth's.
SHOW TRANSCRIPT

In one of its final acts before plowing into the surface of Mercury at more than 8,700 mph, NASA's MESSENGER mission determined the planet's magnetic field is older than we thought.

MESSENGER only recently got close enough to notice; it captured the readings at just 9 miles above the surface of the planet. Catherine Johnson, planetary scientist and author of a paper on the new findings, explains. (Video via NASA)

She told Space.com: "The signals we detected are really small, and very, very hard to measure. We'd never have been able to measure them if not for these really risky low-altitude observations in the last few months of the MESSENGER mission."

The new data indicates Mercury's magnetic field could be 3.9 billion years old or some 400 million years older than even Earth's own magnetosphere. (Video via NASA)

At one point, Mercury's field could have been just as strong as Earth's, even though it's only a third of the size of our planet. But these days, the field is about 1 percent the strength of Earth's.

The field is thought to exist thanks to the flow of liquid metal at Mercury's core, which is the same geodynamic process that generates our field here on Earth. Mercury is the only other rocky planet in the solar system with a magnetic field generated this way. (Video via NASA)

MESSENGER's magnetic data gives planetary scientists new insight into the formation and early lifespan of Mercury and planets like it. They detailed their findings in the journal Science.

And while all that remains of MESSENGER is a smoking crater on Mercury's surface, later missions are expected to gather more data about Mercury's magnetism.

BepiColombo, a joint Japanese and European Space Agency mission named for Italian scientist Giuseppe Colombo, is scheduled to launch for Mercury's orbit in 2017.