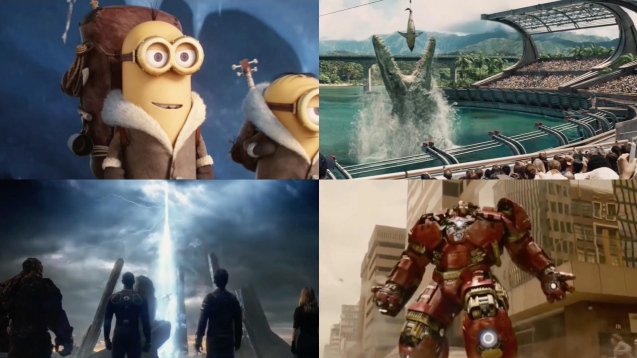 The final numbers are in, and the Memorial Day weekend box office totals are pretty dismal.

Over four days, "Tomorrowland" only grossed an estimated $41.7 million. But it was still the No. 1 movie at the box office.

The Wall Street Journal reports the film's poor showing certainly didn't help the holiday weekend's final totals in the U.S. and Canada, which was estimated at just $190 million combined. That's the least amount of money taken in on this weekend since 2001.

That's largely because, unlike years past, no studio released anything considered blockbuster-worthy this Memorial Day weekend.

Like "Pirates of the Caribbean: At World's End," which grossed almost $140 million in its opening weekend back in 2007.

And "X-Men: Days of Future Past," which grossed $110 million on Memorial Day weekend last year.

But the poor showing at the box office this past weekend isn't hurting estimates for the 2015 summer totals.

According to the New York Post, industry watchers expect film studios to make a record $5 billion at U.S. movie theaters between May 1 and Labor Day.

The box office summer time frame always starts on the first Friday in May, so it helps that ended up being May 1 this year.

This allowed the opening weekend total for "Avengers: Age of Ultron" to be included. As of May 25, the Marvel flick had grossed almost $411 million domestically and more than $1.1 billion worldwide.

And there are plenty of films set to be released in the next few months that should bring in a lot of money, like "Ted 2," "Minions," "Magic Mike XXL" and "Fantastic Four."

And we can't forget about "Jurassic World," starring Chris Pratt. It hits theaters June 12, and Deadline is already estimating it'll make between $100 million and $130 million in its opening weekend.

The current summer box office record was made back in 2013. It sits at more than $4.8 billion.