Will The Trumps Live In The White House? 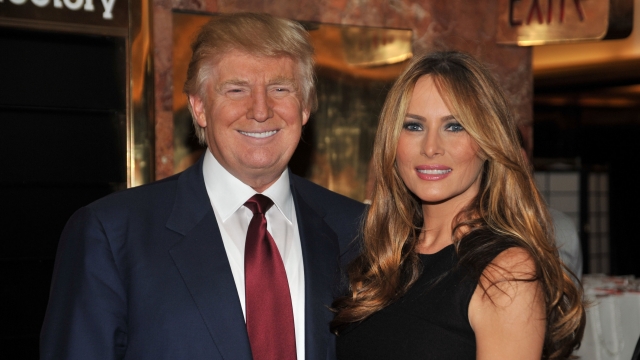 SMS
Will The Trumps Live In The White House?

By Ryan Biek
November 20, 2016
Speculation has been growing over how much time Donald Trump will spend in New York City.
SHOW TRANSCRIPT

Donald Trump has won the White House, but how much time will he actually spend living in it?

There's a lot of speculation right now — all from anonymous sources — on how willing the president-elect is to move out of Trump Tower.

The latest focuses on the future first lady's living situation. Anonymous sources have told the New York Post that Melania Trump will stay at Trump Tower so her 10-year-old son, Barron, can keep going to his prep school.

That report comes roughly a week after The New York Times suggested Trump told his advisers he'd like to be in New York City when he can. His advisers reportedly think he may spend more time in the White House as he gets more comfortable with his role as president.

The New York Times also said Melania is expected to move to Washington but noted it might not happen until after Barron finishes the school year.

The Trumps not living in the White House at all would be a huge break from tradition. Every president since John Adams has spent time living there. In George Washington's case, an official residence wasn't built yet.

But it's not unheard of to spend time away. President George W. Bush conducted a good amount of business at his ranch in Texas.

That ranch is much more isolated than Trump Tower, though, and Trump's decision to spend a lot of time in the heart of New York City would come with great security challenges.

For instance, multiple lanes of traffic near the building would always have to be shut down to cancel out car bombs.

And while protecting the president and his family is a big priority, it's also important to minimize any risk to civilians. Trump Tower is home to more than 30 floors of condominiums.

Trump hasn't officially said what his White House plans are. Some are speculating he could take a cue from many members of Congress, who stay in Washington during the work week and visit other properties during the weekends.