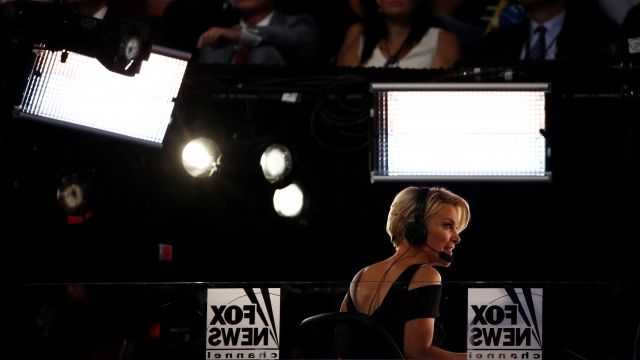 SMS
Megyn Kelly Joins The List Of Women Accusing Roger Ailes of Harassment
By Lindsey Pulse
By Lindsey Pulse
November 3, 2016
In a leaked excerpt of her new book, "Settle for More," the Fox News host reportedly talks about her experiences with Roger Ailes.
SHOW TRANSCRIPT

Megyn Kelly has stayed relatively silent on the Roger Ailes fiasco from earlier this year. That is, until now.

RadarOnline reports the Fox News anchor claims Ailes harassed her several times and made sexual advances. The allegations are in a leaked excerpt from Kelly's new book, "Settle for More."

Kelly says Ailes began harassing her in 2005. She alleges Ailes had "a pattern" of calling her into his office, where he would make "sexually charged" comments.

Kelly says he crossed a line in 2006. Ailes reportedly tried to grab the Fox star multiple times and kiss her. Kelly then reported him to a supervisor, and for a time, Ailes apparently stopped harassing her.

If you've forgotten the media storm from this summer, here's a recap of what happened: It started with a lawsuit filed by Gretchen Carlson.

The former Fox News anchor filed the lawsuit in July, alleging Ailes "sabotaged her career because she refused his sexual advances."

Even before her termination, Carlson claimed the CEO marginalized and shunned her for not going along with his advances.

The case just snowballed from there. A number of other female employees came forward and accused Ailes of sexual harassment. And it wasn't long before the network decided to part ways with the CEO.

Kelly is in active negotiations with Fox — her current contract expires next July, and reports say "The Kelly File" host is asking for an annual salary north of $20 million.