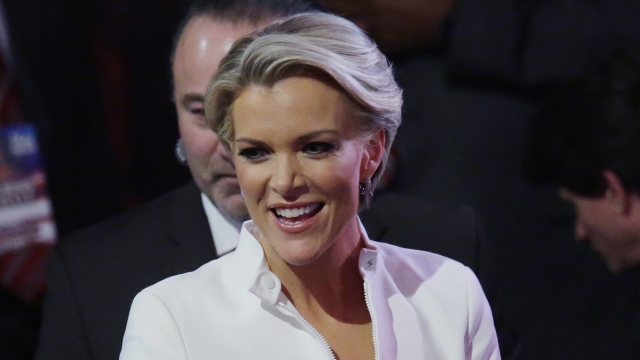 SMS
Megyn Kelly Addresses Trump Controversy And Bill O'Reilly Criticism
By Eugene Daniels
By Eugene Daniels
April 1, 2016
The Fox News anchor sat down with Charlie Rose and talked about her one-sided feud with Donald Trump, among other things.
SHOW TRANSCRIPT

Fox News anchor Megyn Kelly recently sat down with Charlie Rose on CBS to discuss the one-sided feud between herself and GOP front-runner Donald Trump.

"I think it's very clear to him that he cannot control the editorial on my show, or from me, in a debate or other setting," Kelly said in the interview.

"I wouldn't want to speculate beyond that," she said.

Trump has been feuding publicly with not just Kelly but also Fox News after he took umbrage with Kelly's questioning during the first GOP debate last August. He even skipped a debate after Kelly wasn't removed as moderator per his request, though he said it wasn't because he was scared of her.

The interview also touched on Kelly's colleague Bill O'Reilly, who's been criticized for how he's treated the feud on his show. Kelly said O'Reilly "did the best he's capable of doing in those circumstances" but added she would've had O'Reilly's back if the roles were reversed.

And the Trump controversy seems to pop up whenever she's interviewed. But she always seems to insist she has no issue with Trump and that his claim she's biased against him just isn't true.

And when asked if Trump is still allowed on "The Kelly File," she said, "absolutely."