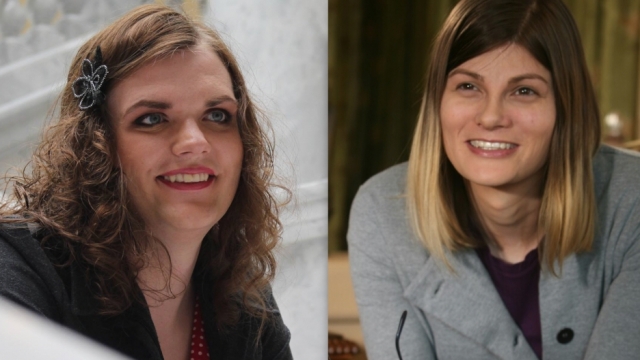 Misty K. Snow and Misty Plowright have some things in common — in addition to their first names. They both won Democratic primaries Tuesday night and they’re both transgender.

Snow is running for a Utah U.S. Senate seat and Plowright for a U.S. House seat in Colorado. By beating out their adversaries Tuesday, the women achieved a major milestone.

The Washington Post reports Snow and Plowright are the first openly transgender candidates in U.S. political history to take home a win in a major party's congressional primary.

But both candidates say their gender identity isn't a part of their platform. Back in May, Snow told The Salt Lake Tribune: "I'm not running because I'm transgender. I just happen to be transgender."

Plowright told a local newspaper she considers herself the "anti-politician."

The victories come at a tough time for transgender rights in America. So-called "bathroom bills" in states like North Carolina require people to use public facilities matching their gender at birth. It's a practice that many — including the president — call discriminatory.

Despite their monumental wins, the Mistys still face tough opponents come November. The Post notes that neither candidate has a good shot at actually serving in Congress come January.

But supporters of the transgender community seem optimistic. An official with the Human Rights Campaign told NBC, "It is only a matter of time, as progress and visibility continue to expand, that we’ll see transgender people in Congress."