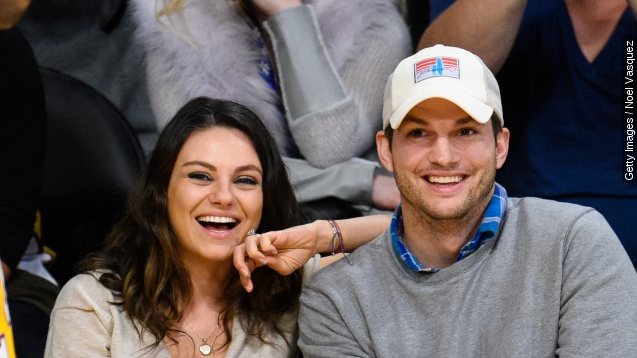 "Marriage, that legal paperwork, it never appealed to me until I found the love of my life," Kunis told W Magazine.

The two tied the knot over the holiday weekend, according to People magazine.

The couple met while playing Kelso and Jackie on the hit show "That 70's Show."

On the show, Kelso and Jackie dated, which led to several big moments for the real-life couple.

She told W Magazine, "My first real kiss ever was with him on the show."

They also went to prom together on the show.

She said: "My date is my current fiance. We can honestly say that we went to prom together!"

Kunis and Kutcher got engaged in 2014 after dating for two years. Last October, Kunis gave birth to their first child, Wyatt Isabelle.

"It's just the two of us. It's awesome. Unbelievable," Kutcher told Ellen Degeneres of his partner in December.

"I love being a mom; I really do," Kunis told James Corden.

This is Kutcher's second marriage and Kunis' first, to which Kunis said: "We all get movie-star crushes. I'm marrying mine."

This video includes images and videos from Getty Images and music from UltraCat / CC BY 3.0.