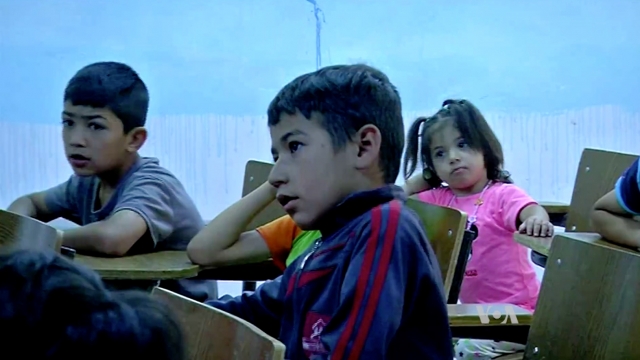 SMS
Meet A Few Of Iraq's Orphans Who Lost Their Parents To ISIS
By Melissa Prax
By Melissa Prax
June 30, 2016
The aftermath of ISIS' stronghold on Sinjar and the city's later liberation left dozens of children without parents.
SHOW TRANSCRIPT

These kids are from Sinjar, a city in northern Iraq. The city was liberated from ISIS last year, but the group's still having an effect.

ISIS' attacks left dozens of children without parents. Some are at this orphanage in Iraqi Kurdistan.

"We didn't have the means to live, so we came here to this orphanage. They've become our parents here, and they're very good to us," Yazidi orphan Hadiya Ato said.

Most of these orphans are Yazidi — a religious minority in Iraq that ISIS targeted when it held Sinjar. The Yazidis were displaced after the city was liberated.

The Iraqi Orphan Foundation says there are more than 3 million orphans in Iraq.