Medical Experts Are Declaring War On The 'War On Drugs' 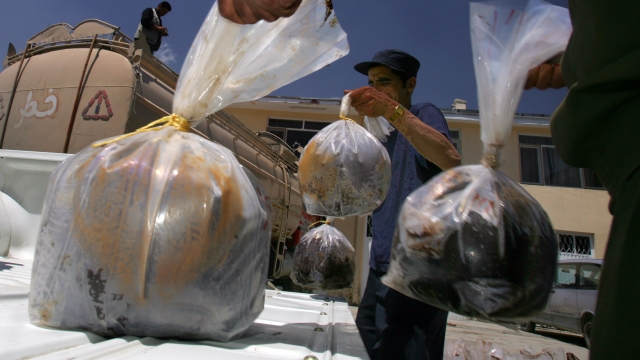 SMS
Medical Experts Are Declaring War On The 'War On Drugs'
By Mikah Sargent
By Mikah Sargent
March 25, 2016
A Johns Hopkins University and Lancet commission on drug policy and health says the war on drugs has harmed public health.
SHOW TRANSCRIPT

"Just as the alcohol drinker who finds himself needing a drink more and more frequently is the warning sign of his dependency, so it is with the pothead. The more he needs the escape from reality or the pleasure of marijuana, the more he is becoming emotionally dependent exactly as the square and un-hip alcoholic adult does," said Sonny Bono in a government-sponsored video about marijuana.

Times have changed and so have our social and scientific understanding of drugs and drug policy.

Laid out in a 54-page document, the commission found drug policing contributes to an increase in HIV and hepatitis C infections. It also found that women are more likely to be incarcerated for drug infractions, and drug prohibition can actually contribute to overdose risk and deaths.

The group argues much of the problem centers around the lack of a scientific approach to drug policymaking. To improve public health and strike a balance between scientific- and human-rights-based drug policy, the commission listed a number of recommendations for policy changes.

It suggested, in part, decriminalizing minor, nonviolent drug offenses; phasing out military involvement in drug policing; reducing the negative effects of drug policy on women and moving toward a regulated drug market.

The commission has published its findings and recommendations ahead of an April 19 session of the United Nations where the general assembly will meet to discuss "the world drug problem."

This video includes clips from the National Archives and Records Administration, FloatBy / CC BY 3.0, Denver Police / CC BY 3.0, National Geographic, Grow420Guide / CC BY 3.0 and the United Nations.