Medical Error Kills Almost As Many People As Heart Disease 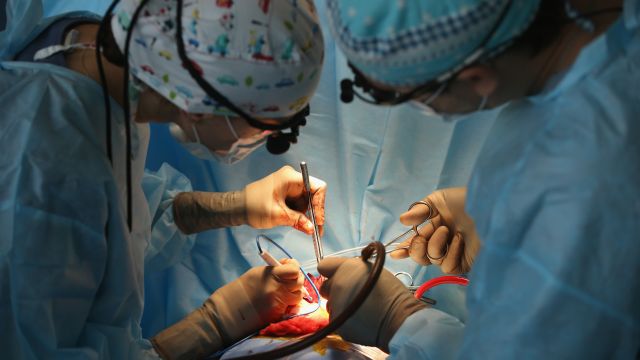 SMS
Medical Error Kills Almost As Many People As Heart Disease
By Calvin Stovall
By Calvin Stovall
May 4, 2016
Two doctors believe changing how we report cause of death could help reduce fatalities from medical errors.
SHOW TRANSCRIPT

Doctors from Johns Hopkins, one of the most prestigious medical centers in the world, are trying to lower the number of deaths caused by medical error.

Those medical errors include mistakes in execution — like when surgeons leave tools in patients — and improper diagnosis, planning and treatment.

The researchers argue these errors are responsible for more deaths in the U.S. than any disease except heart disease and cancer. But they also believe there's a solution.

Dr. Martin Makary argues that the billing codes used to report cause of death "are designed to maximize billing rather than capture medical errors." Because of this, we don't have much accurate data on medical errors.

Makary and his colleagues believe more transparency and standardization within the medical community could help solve the problem.

Dr. Makary told medical journal BMJ: "When a plane crashes, there's an investigation, and the entire pilot community worldwide learns something from the crash. But yet in health care, the same things happen again and again, and many of them are never investigated."