Measles Has Officially Been Eliminated In The Americas 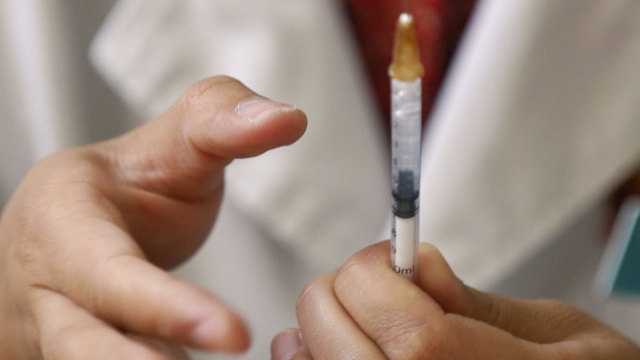 Measles has officially been eliminated in all of the Americas.

World health officials say this is the first time an entire region has been declared measles-free. But it has been eliminated in several individual countries, like the U.S.

It's a pretty big deal. As the Pan American Health Organization said in a statement, "This is a historic day for our region and indeed the world."

But we still have a lot of work to do before we can put measles completely behind us.

Note that officials used the word "eliminated" and not "eradicated."

We've only managed to eradicate, or completely put an end to, one disease: smallpox.

The Centers for Disease Control and Prevention defines eradication as the "permanent reduction to zero of the worldwide incidence of infection caused by a specific agent as a result of deliberate efforts."

The CDC says measles was officially eliminated in the U.S. in 2000. But visitors bring the highly contagious disease back into the country all the time.

This year, 54 people from 16 states have been reported to have measles.

And when people don't get themselves or their children vaccinated, the number of cases goes up — like in 2014, when a whopping 667 cases were reported in the U.S.

Measles remains a leading cause of death for young children in developing countries. The disease killed about 115,000 people in 2014.