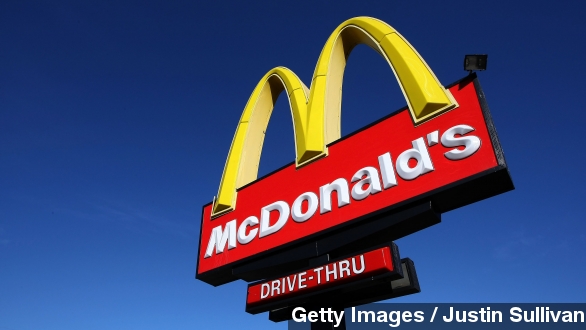 The Golden Arches have a new chief executive. McDonald's CEO Don Thompson is stepping down March 1, and chief brand officer Steve Easterbrook will be taking his place.

And that news has stock jumping up after hours for the company, which hasn't inspired a lot of investor confidence lately.

And that news has stock jumping up after hours for the company, which hasn't inspired a lot of investor confidence lately.

The fast food giant has seen slipping same-store sales for the past few years and is currently trying some new things with its marketing.

Since 2012, its sales have struggled against upstart competitors like Chipotle.

Thompson's resignation ends a 25-year run at McDonald's, including the past two years as CEO.