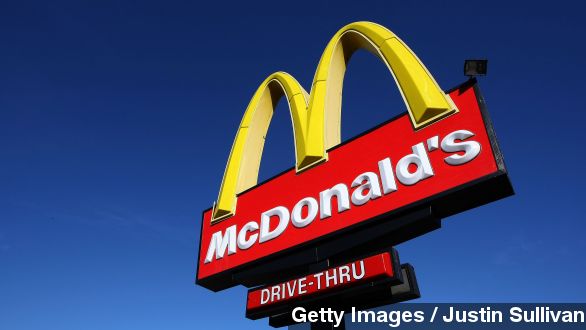 One would think if you put together the kid-centric happy meals of McDonald's and the cutesy Japanese cartoon Hello Kitty, you'd have a match made in heaven, right? Not so much.

McD's issued a voluntary recall Nov. 10 for one of its Hello Kitty 40th anniversary Happy Meal toys due to it being a choking hazard.

According to the U.S. Consumer Product Safety Commission, since Oct. 31 there were about 2.3 million of these Hello Kitty-themed whistles distributed in the U.S. with another 200,000 in Canada.

The recall was issued after McDonald's received two reports that children had coughed out pieces of the toy's red whistle. One of them had to get medical attention.

As far as Happy Meal recalls go, this isn't McDonald's first time around the block.

Though the company's last Happy Meal recall was some time ago — in 2001, with about a quarter of a million "Scooter Bug" Happy Meal toys. Similar to this recall, the restaurant chain had received two reports of choking incidents before voluntarily announcing the recall.

Two earlier recalls were in 1992 with a "Back to the Future" car toy and in 1982 when 10 million Playmobil toys were voluntarily recalled. Both were for choking hazards.

Those who want to return their recalled Hello Kitty Happy Meals can do so at any McDonald's restaurant in exchange for some yogurt or apple slices.