McDonald's Is Trying Out Another Value Menu 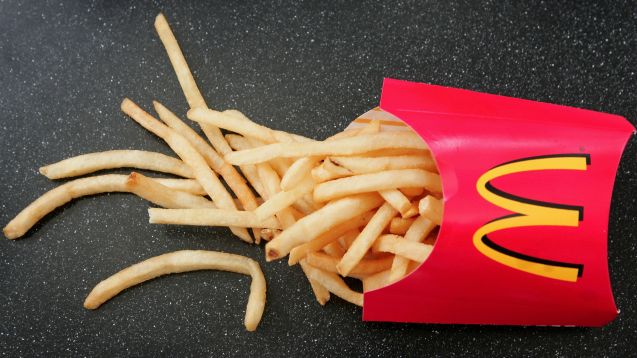 SMS
McDonald's Is Trying Out Another Value Menu
By Katie Link
By Katie Link
November 16, 2015
McDonald's is taking another stab at the value menu to try to boost sales and gain customers. This time around, it's calling it the McPick 2 Menu.
SHOW TRANSCRIPT

There was the Dollar Menu. Then there was the Extra Value Menu. And don't forget the Dollar Menu & More. And if all of that didn't confuse you enough, now there's the McPick 2 Menu. You guessed it, we're talking about the golden arches. (Video via McDonald's)

Starting Jan. 4, hungry customers will have the chance to pick out a pair of menu items for just $2. But you only get four choices: a McDouble or McChicken sandwich, a small french fry or an order of mozzarella sticks. (Those are new too, by the way).

McDonald's seems to be doing whatever it can think of to attract customers and boost sales. Rolling out all-day breakfast nationwide was another attempt. (Video via McDonald's)

The fast-food chain's CEO told NBC in July, "As we moved away from the Dollar Menu, we didn't replace it with offers of an equivalent form of value. And customers have voted with their feet."

But McDonald's isn't the only chain grappling to get you to its drive-thru. Wendy's recently rolled out a 4 for $4 deal that includes a Jr. Bacon Cheeseburger, chicken nuggets, fries and a drink. (Video via Wendy's)

The McPick 2 will be around for five weeks. After that, McDonald's reserves the right to make some changes if need be. Shocker.