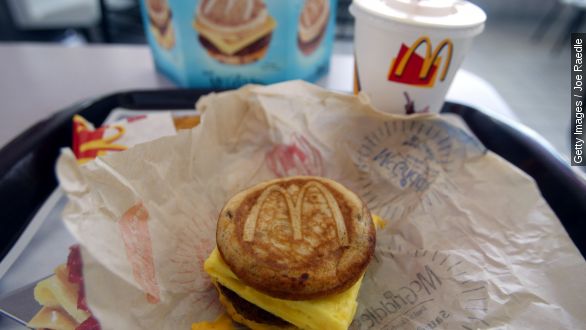 With Taco Bell diving head first into the fast-food breakfast wars, it seems McDonald's – the industry leader – is making a major play to hold its first place position.

According to CNBC, McDonald's has plans to test an all-day breakfast menu in San Diego starting next month but also says, "It's premature to speculate on any outcomes."

The announcement comes shortly after a survey from the National Restaurant Association found 70 percent of Americans want restaurants to serve breakfast all day.

All-day breakfast has long been a point of contention for the Golden Arches, so much so that the company addresses it on its frequently asked questions page: "It comes down to the sheer size of kitchen grills. They simply don't have the room for all of our menu options at one time."

But the breakfast menu is good for business. According to Ad Age, nearly 25 percent of McDonald's' U.S. sales come from its breakfast menu.

McDonald's is also shaking up parts of its global operations. The company is introducing table service at Germany's largest Mickey D's. The country's flagship store, located in Frankfurt, just underwent a $9 million renovation to add 2,500 meters of floor space, digital kiosks and more.

This change and many others for the fast food company are becoming increasingly necessary. McDonald's saw a 1 percent decrease in global sales in 2014, and January marked the eighth-straight month of worldwide sales decline.