McDonald's Burgers Are Getting Classy In The UK 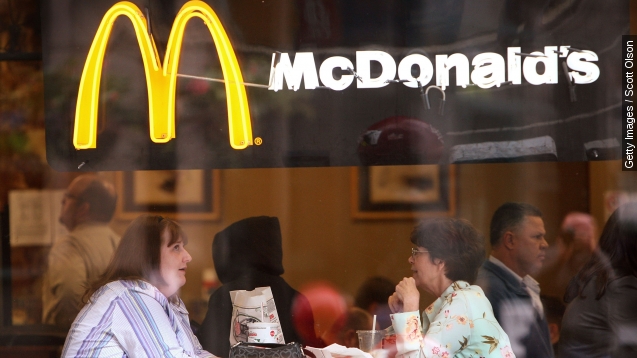 SMS
McDonald's Burgers Are Getting Classy In The UK

By Ben Lawson
November 4, 2015
McDonald's is testing out a selection of premium burgers in the U.K. as it faces increased competition from fast-casual restaurants.
SHOW TRANSCRIPT

McDonald's is testing out a selection of premium burgers in the U.K. as it faces increased competition from fast-casual restaurants like Five Guys and Shake Shack.

The burgers will come in three varieties, on a brioche-style bun, and with what McDonald's says is its thickest patty yet. They will start out in 28 stores and will later be available in the rest of the U.K.

Since the patties are so thick, customers will have to wait a little longer for their food, which will put McDonald's new table service to use. (Via McDonald's)

McDonald's has been struggling over the last several years as consumers in America have shifted to fast-casual restaurants that charge more for perceived higher-quality ingredients. (Video via Shake Shack, Chipotle)

The company's been trying all sorts of things to turn around its fortune, most recently making its breakfast menu items available all day.

And it looks like that change is helping. McDonald's earnings and revenue beat analysts' expectations for the third quarter of 2015. (Video via McDonald's)