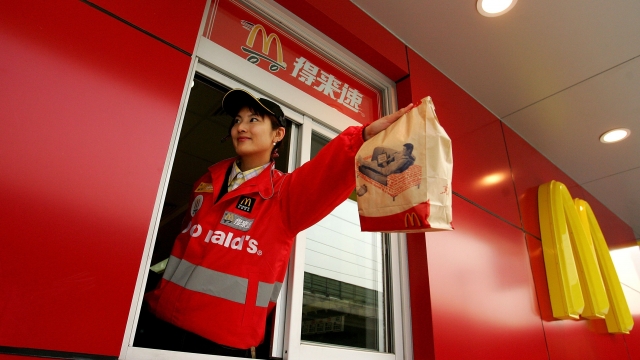 McDonald's is doubling down in Asia. The fast food chain has announced plans to add more than 1,500 restaurants in China, Hong Kong and South Korea by 2021.

There are already 2,800 McDonald's restaurants in those three areas, most of which are owned by the corporation.

However, a press release from the company said its goal is to have 95 percent of its locations around the world be franchised.

McDonald's may be trying to catch up with Yum Brands, which operates almost 7,000 restaurants in China, including roughly 5,000 KFCs.

McDonald's was forced to close 350 struggling restaurants in China, Japan and the U.S. at the beginning of last year. Yet, by the end of 2015, sales in high-growth markets like China had jumped 3 percent.

Now could be the right time for the fast food giant to expand in growing markets like Asia –– especially in light of encroachment back home from nontraditional fast food companies like Chipotle, Panera and Shake Shack.

McDonald's also announced Thursday it's looking to add restaurants in Taiwan and Japan.