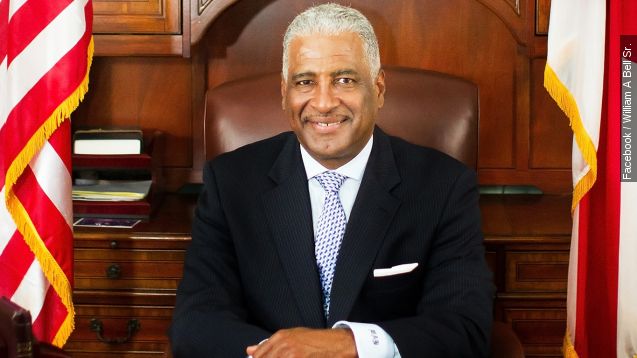 Talk about a workplace dispute. Tuesday morning, the mayor of Birmingham, Alabama, got into a physical fight with a City Council member.

The incident between Mayor William Bell and Councilor Marcus Lundy broke out in a small room near the council chambers. You can hear the commotion interrupt the City Council meeting. (Video via WBMA)

WBRC reports Lundy had Bell in a chokehold at one point and that Lundy sustained cuts and scrapes on his back.

"The incident between the mayor and the councilor is very unfortunate, but it is indicative of the lack of respect, the lack of willingness to cooperate with council on any given topic," Council President Johnathan Austin told WIAT.

Both men were taken to local hospitals. The city tweeted that the mayor had a CT scan and an MRI.

Police haven't released the extent of the injuries or the cause of the fight. It's expected that both men will file charges.