Maybe Turn Down For Halloween; It's Expensive 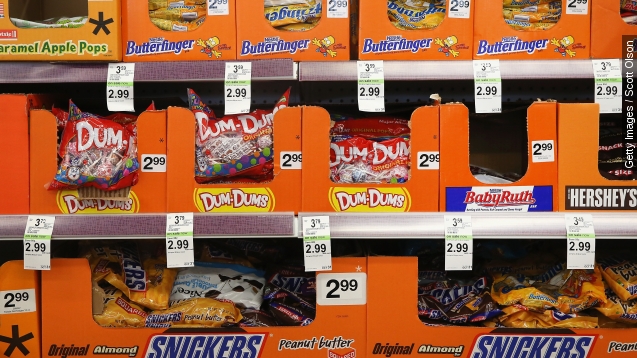 Americans are expected to spend $6.9 billion total on Halloween this year, and that's actually a step down from 2014.

According to the National Retail Federation, those who chose to celebrate the holiday last year spent an average of $77.52 compared to the $74.34 they're expected to spend this year. Pretty scary, right? (Video via Target)

Most of the money spent on costumes is expected to go toward adult getups instead of those for children. (Videos via Wal-Mart, Dollar Tree)

And millions are also expected to go toward pet costumes. According to the report, 20 percent of millennials plan on forcing their furry friends to dress up, compared to 13 percent of adults overall.

But why spend that money making your dog look like Satan when you can spend it on miniature Snickers?

The NRF estimates a whopping $2.1 billion will be spent on candy for Halloween.

But if you're trying to save a little money this year, you could always get your candy from discount or warehouse stores like Costco or Sam's Club.

Alternatively, your child's trick-or-treating could actually earn you a small return.

The Halloween Candy Buyback program partners with dentists across the country to pay kids for their leftover candy to help prevent tooth decay. The rate is $1 per pound, and the candy is donated to U.S. troops. (Videos via ABC, Operation Gratitude)