Matt Damon Says Bourne Is Coming Back To The Big Screen 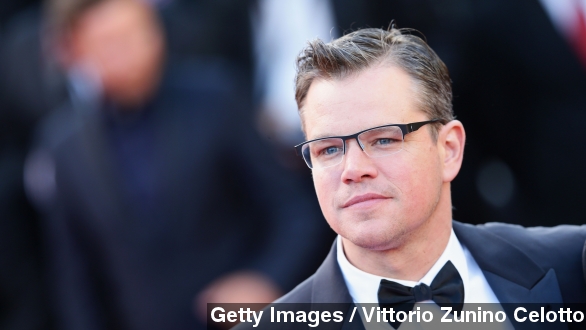 We might not know what's became of Matt Damon's signature character Jason Bourne.

But we do know somewhere out in movie land, the former CIA operative is alive.

And soon we'll know what Bourne has been up to, as Matt Damon has confirmed he will take on the role for the franchise's fifth film — and his fourth.

That's right, one more reason for us to love Mr. Affleck. Whether the slip was actually accidental, who cares, but it happened Friday during an exclusive interview with E!.

AFFLECK: "Well, he's going to be doing a Bourne movie next fall when I've just completely lost any semblance of physical fitness."

DAMON: "Paul Greengrass is going to do another one and that's all I ever said. I just needed him to say yes."

Greengrass directed "The Bourne Supremacy" and "The Bourne Ultimatum," but getting him to say yes to doing another film might not have been too easy.

In 2013, he told Deadline Hollywood, "I discovered in my heart I didn’t have another one in me. I would be going through the motions and I could never do that."

Well it seems Greengrass has had a change of heart — perhaps with a little extra nudge from Matt Damon. We've known since the summer that Damon was interested in resurrecting his character. He created quite the buzz after this interview with CNBC back in May.

"It felt like such a good way to end it the last time. But having said that, I love that character and I'd love to see what happened to him."

And so would we. There's been no official word from Greengrass or Universal Pictures on the news but we have high hopes for the fifth film in the billion dollar franchise. It's rumored for release in 2016.