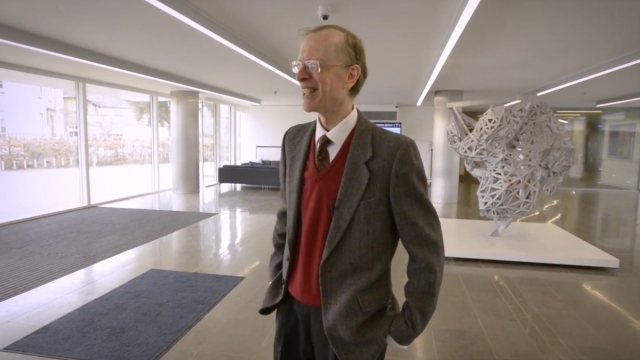 British mathematician Sir Andrew Wiles has just received the prestigious Abel Prize, worth over $700,000, for proving an infamous mathematical equation was indeed impossible to solve.

Wiles is most famous for tackling "Fermat's last theorem," an equation first described by 17th-century theorist Pierre de Fermat. He posited x^n+y^n could never equal z^n for any value of n greater than 2. However, Fermat neglected to write down his proof for that claim, and mathematicians would spend the next 300 years puzzling over the solution.

Solving the problem took Wiles seven years of research, and the solution runs to over 150 pages. Published in 1995, the solution proves the modularity theorem applies to semistable elliptical solids. We don't have the degrees needed to explain what that means, but the discovery is credited with opening new doors in two very complex fields of study.

The achievement is now being recognized by the government of Norway, which established the Abel Prize in 2001 to recognize significant achievements in math. The prize has often been called the Nobel of mathematics.

Wiles will receive his award from Norway's Crown Prince Haakon in a formal ceremony on May 24 in Oslo.

This video includes images from Getty Images and the public domain.