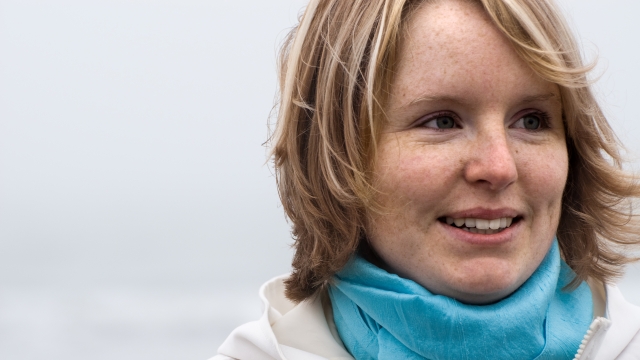 SMS
Match.com Pulls Ad After Calling Freckles An 'Imperfection'
By Katherine Biek
By Katherine Biek
April 13, 2016
A new Match.com ad in the U.K. featured a redheaded model with freckles and the tagline "If you don't like your imperfections, someone else will."
SHOW TRANSCRIPT

An estimated 140 million people around the world are redheads, and many of them have freckles. But dating site Match.com is now apologizing for calling said red hair and freckles an "imperfection."

A recent Match.com ad in the U.K. showcased a woman with red hair and freckles with the tagline "If you don't like your imperfections, someone else will."

The ad, which is being taken down, was placed in London Underground stations and photographed by many Twitter users who questioned the ad's message.

It's part of a campaign called #LoveYourImperfections that Match.com has been running since 2014, but the ads have seemed to focus more on personality traits or habits rather than how a person looks.

The Guardian reported complaints about the red hair and freckles ad were reported to the U.K.'s Advertising Standards Authority, but it hasn't determined whether it's going to formally investigate the ad.

For its part, Match.com apologized on its U.K. Twitter account, writing, "Freckles are beautiful. We celebrate them, as we celebrate whatever makes people unique. We're sorry if we've offended anyone with our ad."

The apology resulted in the hashtag #FrecklesAreBeautiful being included in many tweets about the ad.

This video includes images from Twitter and Eddy Van 3000.