MasterCard Wants To Let You Purchase Items By Taking Selfies 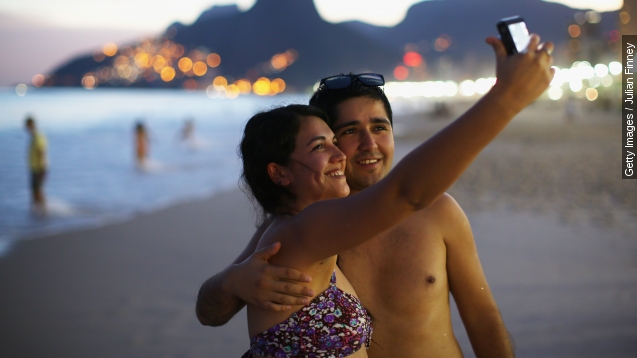 Everyone, rejoice! No longer will we have to remember that credit card password consisting of random letters, numbers and symbols.

At least not if you have Mastercard. Soon all that'll be needed to confirm a purchase is a selfie.

It's all part of a new payment system that'll be available to MasterCard customers through an app that's currently still in development.

"So this app allows you to choose your fingerprint or your face ... You tap it, and the transaction has been OK'd," Ajay Bhalla, MasterCard's Chief Product Security Officer told CNN.

So it might not end up being the prettiest selfie in the world, we'll give you that.

But Business Insider notes the act of actually taking a new photo every time you want to make a payment, prevents hackers from just stealing a photo of you to gain access to your credit card.

This new method of payment certainly falls in line with what MasterCard has developed for their customers in the past.

Just last year, the company rolled out contactless technology, letting customers activate their cards on their phones and allowing them to simply tap their phone to the terminal at checkout. (Video via MasterCard)

It also might be trying to get a step ahead of Apple. That company offered a new way to harden password security with its fingerprint scanner beginning back in 2013.

MasterCard says it will not store pictures of its customers, but some security experts are still wary of the idea. One told CNN, "I understand why they'd want that data, but no, I do not like it. From a privacy aspect it's awful."

No information was given on when MasterCard's app will launch publicly, but prior to that the company will conduct a pilot test with around 500 participants.

This video includes an image from Hakan Dahlstrom / CC BY 2.0 and Getty Images.