Could The Massive Flooding In Louisiana Increase The Risk Of Zika? 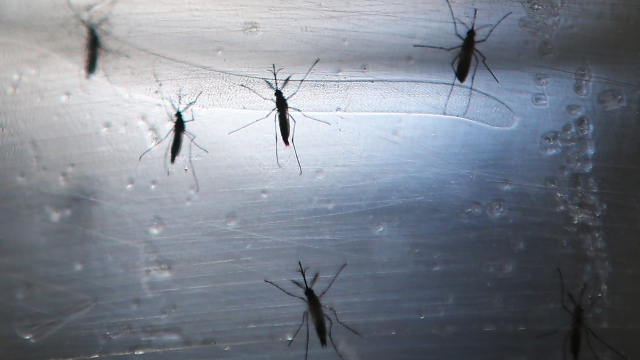 But once the waters recede and residents begin to rebuild the parts of their lives destroyed by the flood, experts say there could be a different threat waiting for them:

The dean of the National School of Tropical Medicine at Baylor College of Medicine told USA Today the floodwaters could wash away a lot of Aedes aegypti mosquitoes, which carry the Zika virus, and their eggs.

But eggs that have already been laid in containers, like an empty bucket, could be protected from the water and stimulated to hatch once the flooding stops.

He told the outlet, "We could be seeing an increased number of Aedes aegypti now in the coming weeks. This is crunch time."

According to the World Health Organization, standing water caused by flooding can become breeding grounds for mosquitoes that carry diseases like Zika, West Nile and malaria.

But, as an official with the Centers for Disease Control and Prevention told USA Today, the Aedes aegypti mosquito is smaller than other species and can easily be washed away by floodwaters.

There haven't been any local cases of Zika reported in Louisiana. But health officials have confirmed a total of 23 cases of travel-associated Zika transmission in the state.