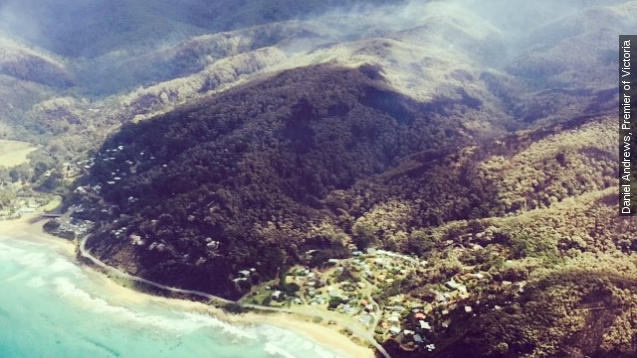 Residents in the state of Victoria, Australia, are beginning to return home and survey the damage caused by a massive brushfire.

The fire, which is believed to have started with a lightning strike on Dec. 19, has consumed over 5,000 acres along the Great Ocean Road. There are no reported fatalities, but authorities estimate 116 homes have been destroyed by the blaze, some of which were secondary residences.

Estimated damage from the fire is expected to be about $27.5 million U.S. dollars. Victoria's government, along with some federal assistance, is offering up to about $950 USD in emergency relief to those affected, with up to $24,000 USD available for those who lost their primary homes.

Fire warnings in the area have since been downgraded, but firefighters are still working to fully control the blaze and it's estimated the fire will keep burning until January or February.