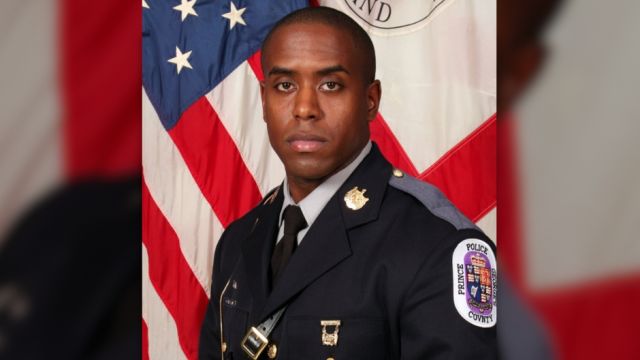 Three brothers have been arrested in connection to Jacai Colson’s death, but a press conference Monday revealed Colson was killed as his fellow officers responded to the "unprovoked" shootout.

"Now, it’s my sad duty to have to share with you that circumstantially we believe the fired round that led to Detective Colson’s death was fired by one of his fellow Prince George’s County officers reacting to this," police Chief Hank Stawinski said.

The police chief said the three brothers, Malik, Elijah and Michael Ford, drove to the Prince George’s County District III station where one of the brothers started shooting at civilian cars, an ambulance and the officers.

According to police, Michael, the oldest brother, expected to die in the encounter and recorded a "last will and testament" on a cellphone. He was injured but should survive.

Twenty-eight-year-old Colson was a four year veteran of the force and served as an undercover narcotics officer.

"Personally, he was a really close friend of mine. I'm going to miss him dearly, but even more this community is going to lose a man that dedicated himself to protecting every one of them," the president of the Fraternal Order of Police said Sunday night.

This video includes clips from WTTG, WMAR and images from Twitter.