2 Suspects In Custody After Maryland Officer Shot And Killed 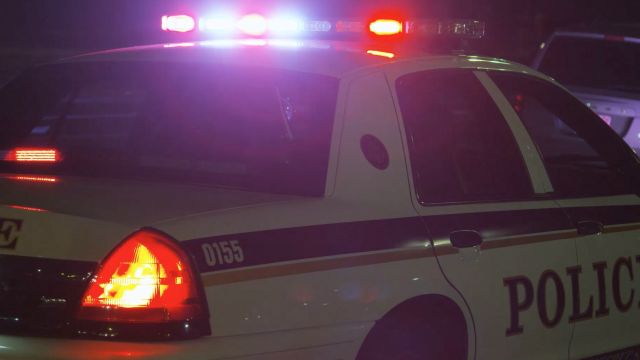 SMS
2 Suspects In Custody After Maryland Officer Shot And Killed
By Katie Link
By Katie Link
March 13, 2016
Police told residents to stay indoors while they searched for the suspects who shot and killed the officer, 28-year-old Jacai Colson.
SHOW TRANSCRIPT

Two suspects are in custody after a police officer was shot and killed in Landover, Maryland.

"He was a police officer who was a real cop's cop. He didn't shy away from any calls. He never shirked his responsibility. He was always working, and he was always there for his brothers and sisters," the president of the Fraternal Order of Police told reporters.

The department tweeted about an active shooter situation Sunday afternoon. It said an officer was critically injured and instructed people to stay indoors.

The shooting happened near the police headquarters. According to the police chief, it was an "unprovoked attack."

Roads were closed as authorities searched for the suspects. WRC reports at least one of the suspects was arrested at a nearby Popeyes restaurant.

One of the suspects was shot and transported to an area hospital and is in stable condition. Authorities say there is no known motive at this time.

This video includes clips from WTTG.