Marvel Hiring Comedy Writers For Spider-Man Could Be Great 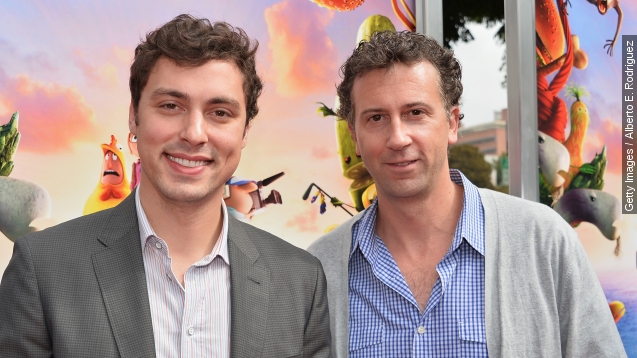 SMS
Marvel Hiring Comedy Writers For Spider-Man Could Be Great
By Ben Lawson
By Ben Lawson
July 17, 2015
Marvel and Sony Just hired two comedy writers to pen the script for their Spider-Man reboot. Is Marvel as a whole trying to be more funny?
SHOW TRANSCRIPT

The Spider-Man reboot has its writers, and their credentials seem a bit strange. (Video via Sony Pictures / 'The Amazing Spider-Man 2')

John Francis Daley and Jonathan M. Goldstein are officially down to pen the next Spidey movie.

This follows their most recent project, this summer's "Vacation."

The duo have also collaborated on "The Incredible Burt Wonderstone" and "Cloudy With a Chance of Meatballs 2."

So their background is mostly comedy, which you wouldn't really expect for writers of a Marvel movie. Marvel movies typically have a few laughs, but they're bigger on the explosions.

So this has us wondering if Marvel is trying to change things up a bit and go for more of a lighter tone with some of its films.

Maybe the company saw the decent chunk of change "Guardians of the Galaxy" brought in and wants to keep that movie's goofy tone going.

Marvel also handed over the lead spot in "Ant-Man" to Paul Rudd, who is pretty far from your typical action star.

Marvel Studios President Kevin Feige even compared Rudd with Spidey actor Tom Holland. He described Holland as "funny" and said they both have "that quality of being able to root for them."

That doesn't mean the next Spider-Man movie will be a straight comedy, but it might not take itself as seriously as most Marvel flicks have in the past.

Which seems like a smart move. The number of superhero movies in the pipeline from Marvel alone seems like a bit much, not to mention the ones from Fox and DC. Not making every film about preventing some dire, end-of-the-world disaster could go a long way toward avoiding superhero fatigue. (Video via Warner Bros.)