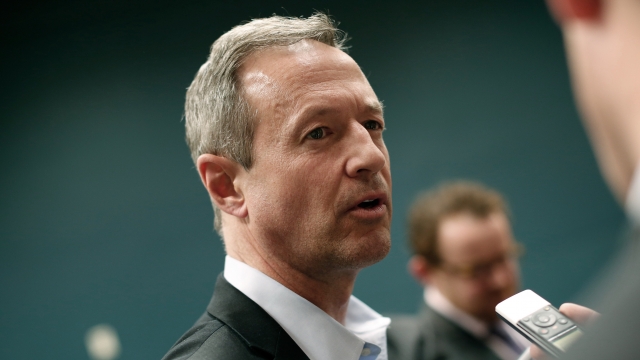 Former Governor of Maryland Martin O'Malley announced he's dropping out of the race for the Democratic nomination.

But it was just the day before that — the Sunday before the Iowa caucuses — that he posted this to YouTube.

"Iowa I challenge you to do what you've always done best. ... I need your help. I want your vote," he says in the video.

O'Malley failed to gain traction in the polls in a field that was dominated by Hillary Clinton and Bernie Sanders.

He had trouble with fundraising, too. The Washington Post had reported earlier Monday that the campaign took out a loan late in 2015 to keep the campaign afloat. O'Malley ended the fourth quarter with less than $200,000 cash on hand.