Marshawn Lynch Seems To Be Hanging Them Up For Good 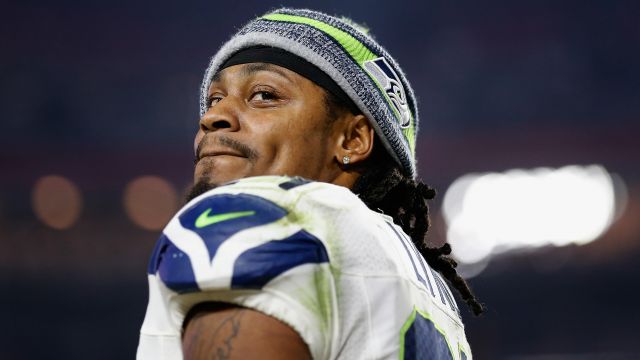 In the middle of all the Super Bowl madness was an ever-important tweet from Seattle Seahawks running back Marshawn Lynch. It's true — he's hanging them up.

Rumors of the 29-year-old running back retiring had spread quickly in the hours leading up to the Super Bowl, and Lynch seemed to confirm those rumors with a simple image.

And it was fitting for a man of few words.

"You know why I'm here," Lynch said during a press conference.

Lynch spent nine years in the NFL, first being drafted by the Buffalo Bills in 2007. He was later traded to the Seahawks in 2010. (Video via Xbox)

The five-time Pro Bowler won the Super Bowl in 2014 and, perhaps infamously, might have repeated the following year if it wasn't for the so-called "worst play call in Super Bowl history." Lynch finishes his career with the 24th most rushing touchdowns in NFL history.